A silicon controlled rectifier (SCR) is an electronic device that is most often used for power control, and belongs to a family of semiconductors that include transistors and diodes. The term SCR is often used interchangeably with the term “thyristor” to describe a device that is able to adjust large levels of power. SCRs are used in numerous electronic devices, from low-power to high-power technology. Some of the most common uses for SCRs include power switching, power control, over-voltage protection for power supplies, control elements in phase angles, triggered controllers, and voltage discharge controllers.

SCRs are also able to switch high voltages, and withstand reverse voltages, which is a characteristic that makes them perfect for switching applications. Furthermore, SCRs are especially useful for their ability to perform a key function in controlling both large and small amounts of power without a need for mechanical parts. SCRs are very reliable and therefore they are used extensively in electronic devices.

One defining feature of an SCR is that it only allows current to pass in one direction, which results in the blocking of any reverse current in a manner similar to that of a diode. An SCR consists of a component called a bridge, in addition to a semiconductor path. When voltage is applied to this bridge, it becomes conductive and will carry the current until it encounters an interruption. If the current is interrupted, the flow of current will stop and require another “current pulse” to once again become conductive. SCRs control DC voltage; if one has a need to control AC voltage, a device called a TRIAC (Triode for Alternating Current) may be used. A TRIAC is essentially two back-to-back SCRs, with one SCR facing forward and the second facing backward. TRIACs differ from SCRs in that they are able to control bidirectional flow of current, and may be triggered by either a positive or negative voltage application.

SCRs operate in three potential ways: forward blocking, forward conduction, and reverse blocking. Both forward blocking and reverse blocking are considered to be “off” states, while forward conduction mode is an “on” state. When in a forward blocking mode, the SCR’s anode holds a positive charge, and the cathode holds a negative charge. To move from a blocking mode to a conduction mode, one of two actions are taken: either apply positive pulses of voltage at the SCR gate, or increase the voltage flowing from the anode to the cathode. Comparatively, to turn off this conduction one may either reduce the current to a level below its required minimum value or short out the anode and cathode with a device like a transistor or push-button switch. 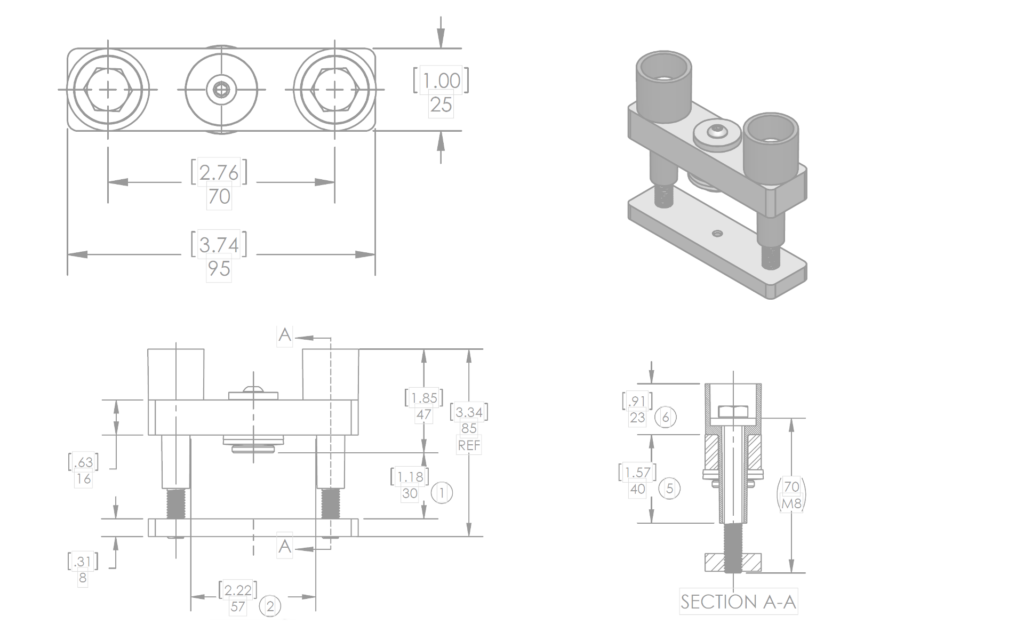 Proper operating temperature and heat transfer will optimize life expectancy of SCR devices, which is ensured by quality SCR clamps and effective installation.

A leading manufacturer interested in changing their… Learn more