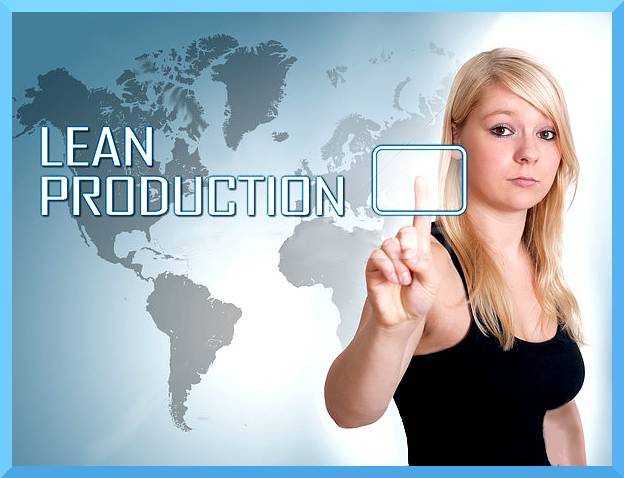 From the very beginning of machine shop manufacturing, industrial firms followed a specific set of guidelines. When running their business, the focus was on sales forecasts and a top-down approach to improving the production process.

However, when lean manufacturing emerged in the 1970s, it turned the world of manufacturing completely upside-down. Read on to learn more about the differences between the two philosophies. As well as how we apply modern lean Machine Shop principles to our production processes.

Traditional manufacturing was a top-down approach that believed change was best made at the management level. The goal of manufacturing was to produce a certain number of products based upon a sales forecast. Managers in this system typically viewed the organization as a whole and would seek to make changes by implementing new systems organization-wide. This was in sharp contrast to lean manufacturing, which believes in empowering all employees to reduce waste. And believes in viewing each portion of the production process as a separate segment with its own possibilities for reducing waste and increasing efficiency.

The most important goal of lean machining is to increase value, while simultaneously eliminating waste. Machine Shops that have introduced lean manufacturing principles into their production system have witnessed dramatic increases in profits, while reducing waste. This system of principles focuses on what the Japanese refer to as “Muda,” or waste. Centrx has implemented the following principles into our manufacturing to great success.

Within the lean manufacturing philosophy, the most important principles are the Seven Wastes, which describes the seven ways that manufacturing companies lose money. First, transportation is a major source of waste.

Every time a box or pallet of Machine Shop freight is moved within our facility, you risk damaging or losing items, and losing money. Conversely, inventory is another major source of lost profits. Every time that an item is completed and is sitting in the warehouse waiting to be shipped, you pay an opportunity cost for the time the item waits for transport and sale.

Furthermore, both waiting and motion are major sources of waste. Every time an employee or raw material is waiting to engage in production, you are paying wages and energy costs that could be used elsewhere.

Similarly, every time that a piece of machinery is in motion you risk damage and depreciation. Meaning that machinery should be operated in the most efficient manner possible in order to reduce idling.

Additionally, both overproduction and over-processing are significant sources of waste. Over-production refers to too much of an item being manufactured. The excess items must reside in storage, wasting money, or be sold for a lower price, which also wastes money.

Over-processing refers to both using excess raw materials to manufacture an item, as well as including features that are not important to the end user.

Lastly, defects are the single most expensive form of waste. Every time there is a defect in a manufactured item, the item must be reconfigured, leading to a great deal of excess cost.

Even worse, a defective item that has already been sold to a customer must be recalled. In-turn leading to lost consumer trust and revenues.